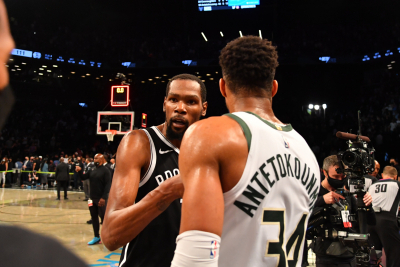 Two-time NBA Most Valuable Player (MVP) Antetokounmpo and Jrue Holiday, with 22 points, combined to make 20 of 32 shots from the floor before sitting out the fourth quarter.

The Bucks hit 20 unanswered points late in the second quarter to take control.

Milwaukee shot 52% from the floor and took advantage of 20 turnovers by the Hawks.

The Bucks also landed 15 of 41 attempts from three-point range, having managed just eight of 36 during a 116-113 loss in game one on Wednesday.

The third-seeded Bucks and fifth-seeded Hawks meet in game three in Atlanta on Sunday.

More in this category: « CAF confirm dates for next year’s Champions League & Confederation Cup. Russian Grand Prix to move from Sochi to Autodrom Igora Drive in St Petersburg. »
back to top