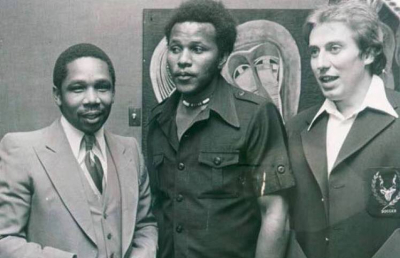 Kobus was admitted to hospital and suffered from cardiac arrest.

Kobus, 79, is the former general manager of the NSL, the forerunner of the present Premier Soccer League (PSL), and worked with the late NSL’s public relations officer Abdul Bhamjee.

The NSL, the break way soccer body from the NPSL‚ which was formed in 1970‚ set new standards in marketing and capitalised on sponsorship and TV broadcast rights.

"We learnt of the passing of the one of the brain trusts in the formation of the National Soccer League in 1985,  Cyril Kobus," read an official statement.

"It happened six months apart after the demise of Mr Abdul Bhamjee. As the PSL, we extend our condolences to the son, Mr Mxolisi Kobus and the rest of the immediate and extended Kobus family."

"The football fraternity is poorer with the loss of such mammoth institutional memory. Quoting the East African saying "when the elder dies, the library burns down".

Details about the memorial service and funeral will follow in due course.

We at Fullview would like to send our condolences to the family and friends of Mr Cyril Kobus.