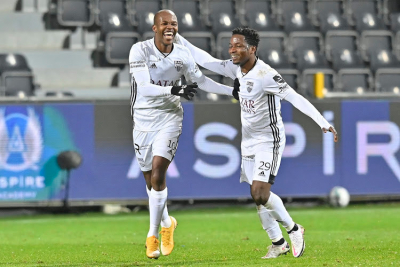 Belgian giants Anderlecht have confirmed that Musona, 31, has left the club ahead of the 2021/22 season in order to sign with newly-promoted Saudi Professional League outfit Al-Tai.

"Knowledge Musona will play for Al-Tai FC next season," Anderlecht announced on their website on Monday evening.

"Musona came over from Oostende in 2019. The last year and a half he was loaned to KAS Eupen, where he played 33 games and scored 9 times. Now he moves to Al-Tai FC, which just got promoted [from] the MBS League in Saudi Arabia.

"Sporting wishes Knowledge all the best for the rest of his career. Good luck, Knowledge."

The Zimbabwe star's move to the Middle East puts an end to rumours that he could return to South Africa next season, where Orlando Pirates, Mamelodi Sundowns and his former club Chiefs were all believed to have been interested in his services.

He has had two spells with the Soweto side, either side of a transfer to German outfit 1899 Hoffenheim.

After that he enjoyed his most successful spell in Europe: between 2015 and 2018 he scored 35 goals in 105 matches for Belgian side Oostende.

More in this category: « Sterling and Kane strike in second half to send England into Euro 2020 quarter-finals. Serena Williams in tears as she retires with injury after just six games of Wimbledon title tilt. »
back to top