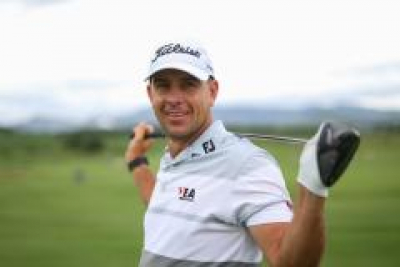 Louis de Jager has secured himself a place in his first Major after successfully qualifying for the 149th Open at Royal St George's.

The Sunshine Tour campaigner was one of 12 golfers from a field of 288 who qualified at various venues in England.

De Jager posted rounds of 67 and 70 at West Lancashire to finish second in his Final Qualifying tournament and thereby book his spot for the 11-18 July showpiece.

"This is amazing. It's going to be my first Major and I don't think there could be a better one to start off with. I know Ben Curtis won at Royal St George's in his first time playing The Open so I think that is a good omen," said De Jager.

"I am not very familiar with the course, so I will do some research and watch some YouTube videos of Darren Clarke's win.

"I actually made a 9 on the 11th in the second round. I spoke to myself and said I need to show a little bit of character. I had come so far and had been playing some good golf today. I birdied two of the last three including the last hole so I was quite pleased to be finished with a little breathing space."

More in this category: « Fifth seed Bianca Andreescu out while Wimbledon defends state of courts. Tadej Pogačar storms to stage victory on stage five of Tour de France. »
back to top