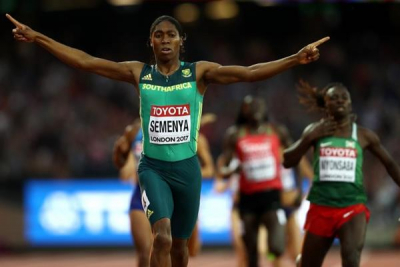 A handful of individuals will carry the nation’s track and field medal hopes at the Tokyo Olympic Games, but some world-class athletes will be missing from the SA squad, including middle-distance star Caster Semenya.

While sprinter Wayde van Niekerk recently achieved the 400m qualifying standard and will defend the title he won at the 2016 Rio Games, none of South Africa’s other medallists from the Rio showpiece had met the required criteria for next month’s spectacle in Tokyo when the qualifying window closed on Tuesday night.

Semenya continues to challenge the World Athletics ruling and has taken her case to the European Court of Human Rights but that process is unlikely to be completed for months.

Last year she attempted the 200m as an alternative, and lowered her personal best from 24.26 to 23.49, but was still well outside of the Olympic qualifying mark of 22.80.

She then abandoned those plans in favour of the much longer distance as she said she feared injury.

Meanwhile, Rio long jump silver medallist Luvo Manyonga was recently banned for four years for an anti-doping rule violation and will not be allowed to compete in the next two editions of the multi-sport Games.

Javelin thrower Sunette Viljoen, who also earned silver in Rio, had been confident of achieving the qualifying standard in her specialist event, but she was unable to find her best form and there will be no place for her in the national team.

The SA athletics squad will nonetheless be eager to repeat the country’s impressive four-medal haul at the Rio Games.

Elsewhere Precious Mashele qualified for next month’s Tokyo Olympics in dramatic fashion in the men’s 5,000m in Durban on Tuesday night, clocking 13 min 11.65 sec to get inside the automatic qualifying mark by less than two seconds.

Even the 13:13.50 criterion was below his personal best going into the meet, which was arranged with the purpose of getting him to Japan.