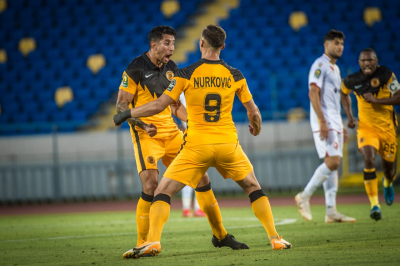 Kaizer Chiefs have confirmed the appointment of Kaizer Motaung Jnr. as the club's new sporting director.

Motaung Jnr, retired from professional football back in 2014 before entering a three-year course at Varsity College where he graduated with a BCom degree in Financial Management.

In February 2019 he was then officially roped into the Chiefs management hierarchy where he previously held administrative duties within his academic period.

And the club has now confirmed a new major role for the 39-year-old as part of the new-look management structure ahead of the 2021/22 campaign.

The world football governing body handed down the punishment to Chiefs in December 2019 over the signing of Malagasy player Andriamirado Aro Hasina Andrianamimanana.

It was concluded by Fifa's Dispute Resolution Chamber that 'Dax' terminated his contract with his former club Fosa Juniors 'without just cause' while Amakhosi argued that the player was not on a professional contract.

After taking the case to the Court of Arbitration for Sport (CAS), Chiefs were then handed a fine while Dax was suspended for four months and the club was informed they could not sign players until 1 July 2021.

And after soldiering on without being able to sign new players over the past two seasons, several of the club's fringe players and academy graduates have come to the fore.

Last season they lost the league on the final day of the campaign to Mamelodi Sundowns and against all odds they find themselves in the finals of the CAF Champions League for the first time in their history.