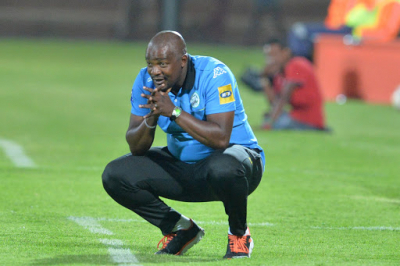 Golden Arrows have announced Lehlohonolo Seema as their new head coach ahead of the 2021/22 DStv Premiership campaign.

Seema, 41, succeeds Mandla Ncikazi in the position after his departure to Orlando Pirates last month and takes over the side the finished fourth in the league.

Straight after helping Chippa United retain their top-flight status in the PSL promotion/relegation play-offs on a short-term deal, Seema now has the chance to further establish himself in the South African top-flight.

"We are pleased to announce the appointment of Lehlohonolo Seema as our new Head Coach. We wish him well in the position and look forward to the continuation of growth in the side," the club statement read.

Abafana Bes'thende also confirmed the appointment of Davies Phiri as their new goalkeeping coach. The former Zambia shot-stopper represented the club between 2002 and 2007.

The former Lesotho international defender has also previously coached Bloemfontein Celtic and initially joined Chippa midway through the 2019-20 season, only to be sacked and then hired again for the PSL Promotion/Relegation Play-Offs.

Twitter
More in this category: « Lucas Herbert wins Dubai Duty Free Irish Open in final day thriller. Pirates confirm new signings for the club ahead of the 2021/22 season. »
back to top