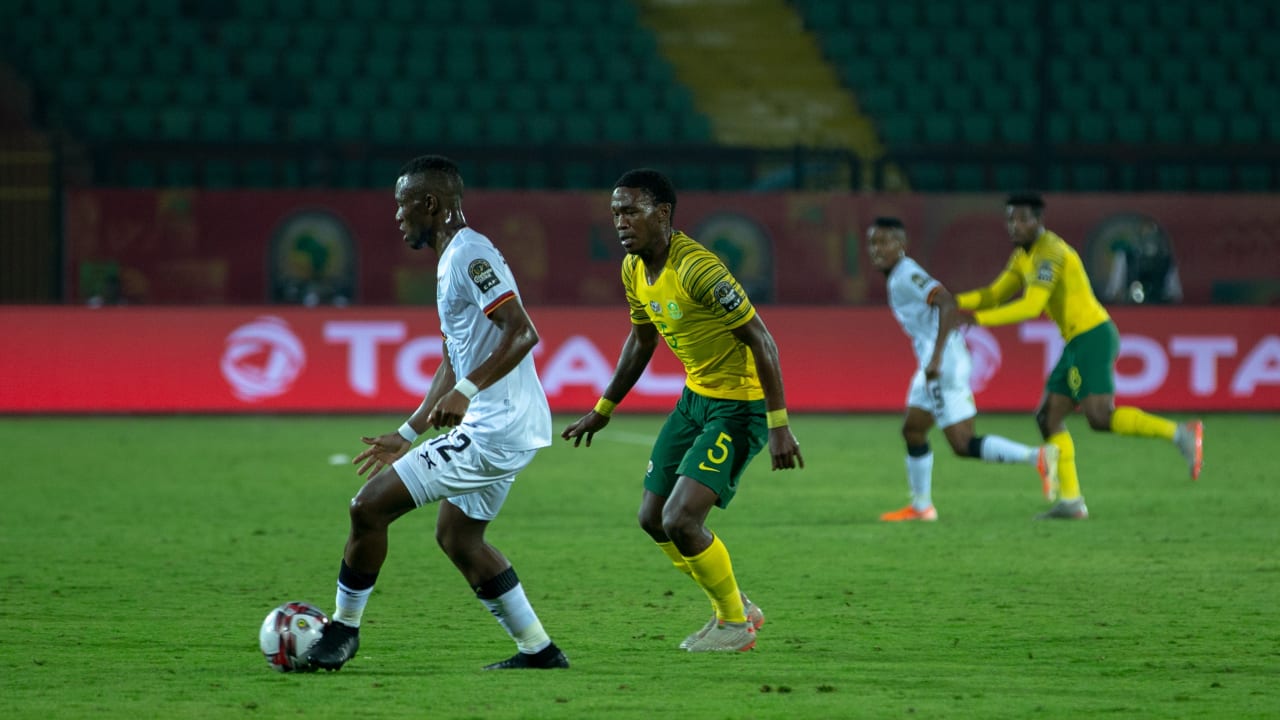 South Africa’s National Under-23 side played to a 0-0 draw in their opening Group B 2019 U-23 Africa Cup of Nations match against Zambia at the Al Salam Stadium last night.

They created plenty of chances, however, were just unlucky not to find the back of the net in each half of this COSAFA derby.

It is in the first half, the National Under-23s demonstrated brilliant discipline in their rearguard, thwarting every scoring opportunities their opponents created, while creating a decent number of their own. And whenever Zambia found breathing spaces in attack to take shots at goal, Goalkeeper Darren Johnson was equal to the task to deny them the few chances the got to shoot for goal.

In the second period, Zambia opted to play with more numbers at the back in an attempt to deal with an aggressive style of play South Africa showed in their attack in the first period of the match.

In their next group match, South Africa will take on Ivory Coast on 12 November at the Al Salam Stadium.

Tweet
More in this category: « Kaizer Chiefs stretched their lead at the top of the Absa Premiership with an entertaining 3-2 victory over Orlando Pirates. Desiree Ellis named starting 11 v Japan as Smeda reaches 100 caps. »
back to top