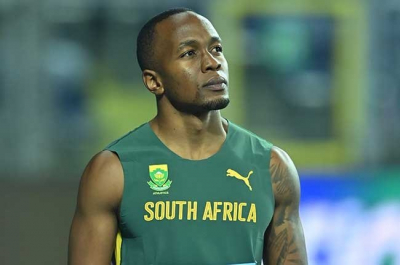 He completed the race in 9.84 seconds, outclassing a strong field, with Michael Rodgers of the United States taking second position in 10.00. The 27-year-old African champion demolished his own South African record of 9.89 which he had set in Szekesfehervar in July 2016.

In the process, he also broke the African record of 9.85 which had been set by Olusoji Fasuba of Nigeria in May 2006. Simbine, who finished fifth in the 100m event at the 2016 Rio Olympics, is in his final preparations for the Tokyo Games where he will turn out among the medal contenders over his specialist distance.

"This gives me a lot of confidence," said Simbine. "We were hoping for something to happen this week. And to break the African record is really great. It’s something we’ve been working towards for a number of years."  The Commonwealth champion had a good day at the office, returning to a win in the 200m B contest in 20.25.

"Simbine is in top form and performing in the level of top medal contenders at the Olympics. You can see that he is enjoying what he is doing and that’s a good sign of good things to come. He has not only smashed the African and national records, but also went on to battle and win the 200m race as well. With a few weeks to, we are thrilled that his build up remains on course.

"Our congratulations go to him, coach and his support team. We urge them to keep their focus on the bigger picture, which is a podium finish at the competition in Tokyo,” said James Moloi, the President of Athletics South Africa.