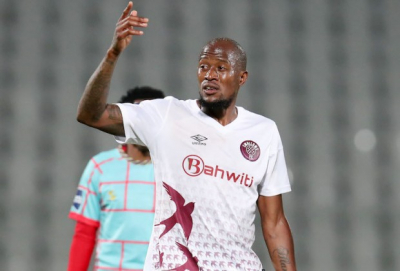 Kaizer Chiefs have confirmed six new signings and the recall of Given Thibedi from Swallows ahead of the 2021/22 DStv Premiership season.

With the two-window FIFA transfer ban officially coming to an end on 1 July, Amakhosi have finally confirmed their first signings.

Bafana Bafana left-back Hlanti (31) has experience‚ won a league title at Bidvest Wits in 2016-17‚ and featured for the national team at the 2019 Africa Cup of Nations.

Ngcobo (27) won the Premiership Defender of the Season for his performances at centreback for the Birds. Winger Sekgota (24) has been an exciting attacking presence at Swallows.

Nange had a strong season in central midfield for Stellenbosch FC. Mabiliso drew the eye at AmaZulu in their charge to second place in the league.

A statement from Chiefs read: “The first day of July 2021 marked the end of the ban that prevented Kaizer Chiefs from signing new players for two consecutive window periods. With Amakhosi having last signed players from other teams back in January 2019‚ the technical department has wasted no time in recruiting at least seven new players to don the famous gold and black colours in the upcoming season.

After going six seasons without a trophy‚ Chiefs have shown their intention to restore the club to a competitive frame bringing back Stuart Baxter‚ who won league and cup doubles in 2012-13 and 2014-15‚ as head coach.

Chiefs can avoid their sixth season trophyless if they beat Al Ahly in the Caf Champions League final in Casablanca‚ Morocco‚ on July 17.

Twitter
More in this category: « Bafana Bafana reinforce their squad and technical team for Cosafa Cup. Mamelodi Sundowns confirms the signing of four new players. »
back to top