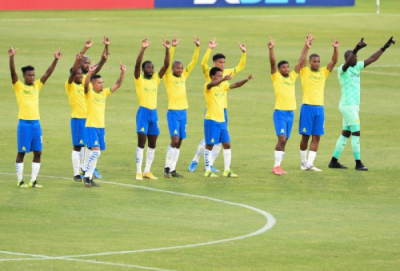 Šafranko arrives as the marquee striker from Sepsi OSK in a deal worth a reported €700 000 (R12m) and brings the experience of being capped with the Slovakia national team.

Lunga joins on a free transfer from Golden Arrows, while Maema and Kekana signed after their contracts expired at Bloemfontein Celtic and SuperSport United respectively.

The versatile 28-year-old defender,Kekana played 19 matches last season for Matsatsantsa and will be joining up with his former teammate Aubrey Modiba upon his arrival at Chloorkop. Kekana will be serving the Yellow Nation," the club said.

Sundowns latest recruits team joined up with the rest of the squad for the start of pre-season on Tuesday.