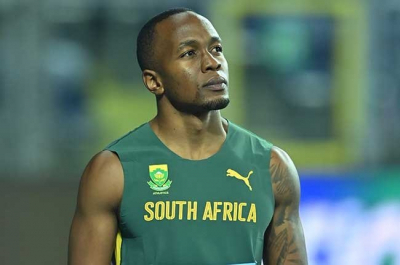 Simbine, who set an African record of 9.84* seconds at a meeting in Hungary three days earlier, put up another strong fight against a world-class field which included some of his fellow medal contenders for the upcoming Tokyo Olympic Games.

He crossed the line in 9.98, with American athlete Ronnie Baker taking the win in 9.91.

Ruswahl Samaai, the only other SA athlete in action in Monaco, finished fifth in the men's long jump with a best attempt of 7.95m.

European champion Miltiadis Tentoglou of Greece secured victory by launching a leap of 8.24m in a jump-off for the podium places.

"Congratulations to Akani for another sterling performance. He put up a fight and the result he achieved will give him the necessary confidence before the Olympics.

"We congratulate him, his coaches and support staff for another job well done on the day,” said James Moloi, the President of Athletics South Africa.

The seventh leg of the Diamond League series will be held in Gateshead, England on Tuesday, 13 July 2021.