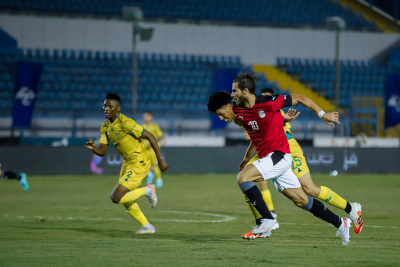 The South African Under-23 squad due to compete in the Olympics had to release five players owing to medical reasons.

The five released include important players such as Lyle Foster, Fagrie Lakay, Abbubaker Mobara, Sipho Mbule and Keletso Makgalwa. There is no doubt that the news will severely affect the national team's preparations for the Tokyo Games.

With the exception of Makgalwa, the other four were expected to be a key pillar of David Notoane's plans in Tokyo.

The 27-year-old Mobara was expected to also occupy a crucial leadership role in the squad as one of the overage players.

"(The) South Africa U23 Olympic Team has suffered a huge blow following the withdrawal of five players due to various medical reasons," Safa said.

"The changes in the camp comes a week after Sascoc announced the final U23 men's Olympic squad for the rescheduled Tokyo Olympic Games to take place from July 22 to August 8, 2021.

"South Africa is in Group A together with hosts Japan who they play on July 22 at Tokyo Stadium and France who they meet at Saitama Stadium on July 25. The U23s will then round off their group stage matches against Mexico at the Sapporo Dome on July 28."

Coach Notoane is due to name replacements for the players in due course.