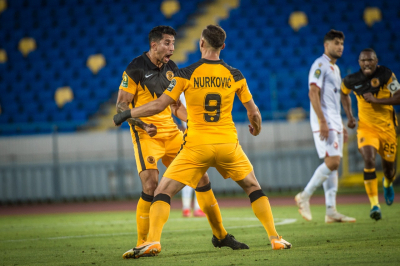 South African football fans might get an opportunity to watch the CAF Champions League final live on TV.

The plans to show the much-anticipated clash between Kaizer Chiefs and Pitso Mosimane led Al Ahly on TV, were revealed by CAF president Dr Patrice Motsepe during a media briefing in Benin this past weekend.

The final will take place at Stade Mohamed V Stadium in Morocco on Saturday,17 July at 21:00.

Most football fans across the continent, more specifically South Africa, rely on online streams to watch CAF continental competitions, an issue Motsepe vowed to prioritise when he was elected as president.

The African football TV blackout came after CAF was forced to terminate a US$1 billion television rights deal with the France-based company, Lagardere Sports in 2019. Subsequently, pay-TV channel SuperSport also lost their rights to show CAF matches as they had bought them from Lagardere.

Speaking to Journalists in Cotonou on Saturday, Motsepe said the negotiations were ongoing to show the Glamour Boys take on The Red Devils live, in as many countries as possible within the continent.

"There are wonderful discussions taking place and many, many countries will be watching that (on TV), "said Motsepe.

"There is no doubt in my mind, I want every single country in Africa to have access to all of the CAF football matches. There are these contracts that we have inherited and we face agreements which were made in the past.

"We are dealing with those contracts to make sure that indeed we succeed in this objective of access to TV, throughout the continent.  It’s also a duty, it’s not just a commercial objective,” added Motsepe when asked about the TV rights issue.

Twitter
More in this category: « ASA extends suspension of all 2021 Athletics events due to Covid-19. South Africa thump Lesotho to book spot in the semi-finals. »
back to top