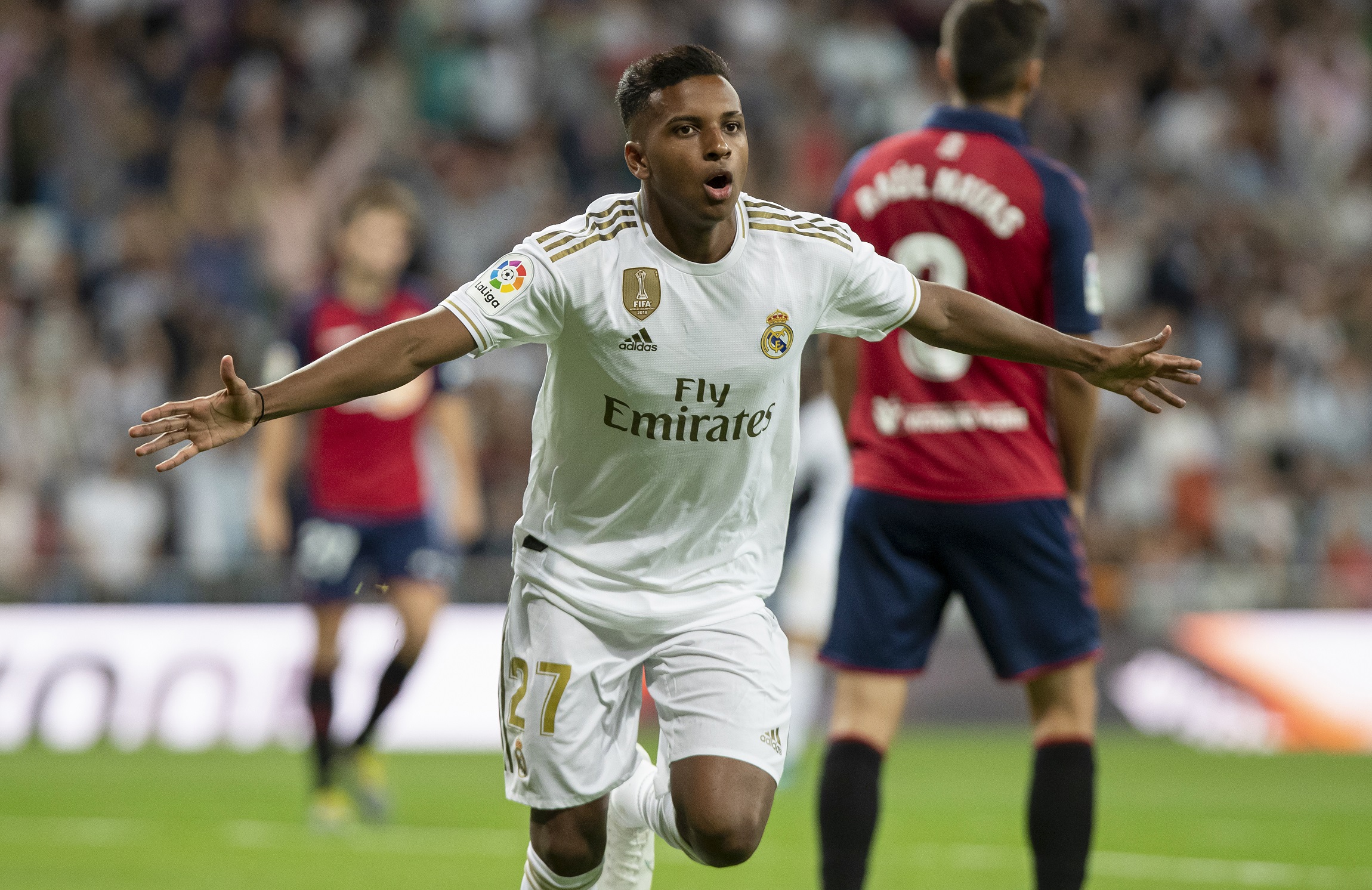 Spanish football has had its eye on the clock more than usual this season, mostly to see how long it takes Rodrygo Goes to get on the scoresheet. Real Madrid’s 18-year-old sensation is very much the flavour of the month, shining in his first season in LaLiga and showing a distinct taste for early goals.

On his LaLiga debut for the club against Osasuna he scored just two minutes after coming on as a substitute (95 seconds, to be precise). On his first LaLiga start, he took just seven minutes to find the back of the net. And just last week, on his first start in the Champions League, the Brazilian struck twice within the first seven minutes of Real Madrid’s impressive 6-0 win over Galatasaray. His first, a well-taken shot from distance into the bottom corner, came after just three minutes.

Known back in his native Brazil as ‘O Raio,’ or ‘Lightning Bolt,’ the Sao Paolo native has wasted no time in living up to his reputation as a scorer of fast goals. But he’s by no means the only player with the ability to strike early on. Here are the four fastest goals of the LaLiga Santander season so far… will we see Rodrygo on this list by the season’s end?

Prolific Getafe forward Jaime Mata currently has the honour of being the fastest goalscorer of the season so far (though the historic record belongs to JosebaLlorente, who scored for R. Valladolid only seven seconds into their encounter with RCD Espanyol back in 2008). Mata needed just 45 seconds to fire past Valencia keeper Jaume Domenech at Mestalla back in September. Unfortunately for Mata, Getafe weren’t able to fully capitalise on his early goal and ended up heading back to the capital with a 3-3 draw.

The Nigerian midfielder struck early on in what was Granada’s first trial by fire of the season against reigning champions Barcelona, setting the tone for what would end up as one of the biggest shocks of the season so far. His strike just over a minute into the game put the newly-promoted Andalusians on course for a memorable 2-0 win.

The Frenchman has been one of the bright sparksin Real Madrid’s uneven start to the season and scored the third-fastest goal of the season against a surprise package Granada side on Matchday 8. His goal 102 seconds into the encounter at the Santiago Bernabeu gave the capital side an early lead on the way to a 4-2 win.

17-year-old Fati has been one of the true revelations of the 2019/20 LaLiga season, becoming Barcelona’s youngest-ever goalscorer and second-youngest debutant, in addition to the third-youngest goalscorer in LaLiga history (16 years, 304 days). He also makes it onto the list of quickest goalscorers this season thanks to his goal after just 111 seconds against Valencia at the Camp Nou on Matchday 4.

Tweet
More in this category: « Mthunzi Mnisi is chasing fifth 50km title. Banyana Banyana are expected to return home on Wednesday. »
back to top