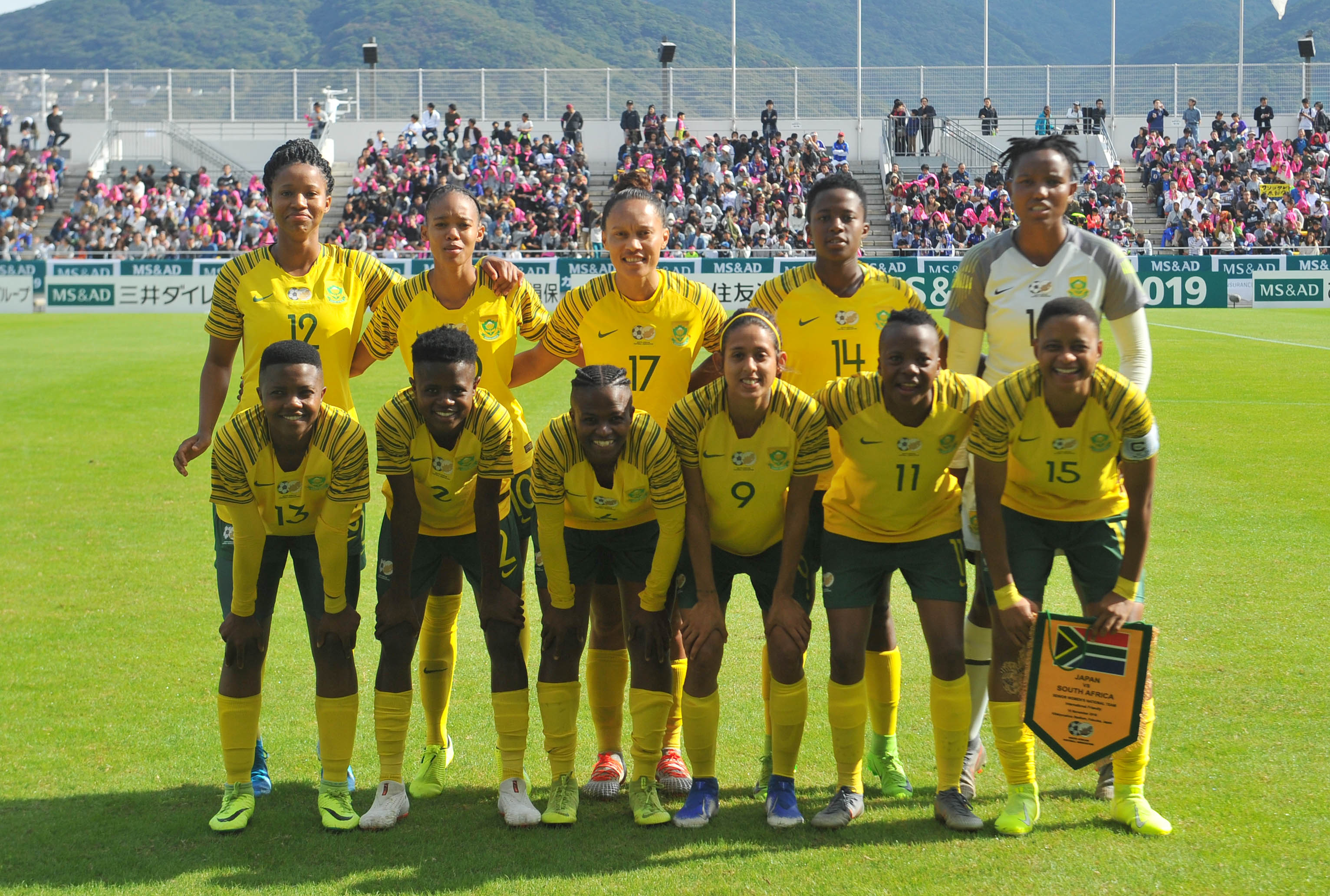 Banyana Banyana will return home on Wednesday morning (13 November 2019) after their friendly international match against Japan in Fukuoka on Sunday.

The South Africa Women’s Senior National team lost 2-0 to the hosts in a thrilling international match in Japan’s most southern province and had a practice match at the same venue on Monday.

They will leave Japan this afternoon and fly via Hong Kong where they will connect on a direct flight to OR Tambo Airport and touch down on Wednesday morning (07h30).

Ellis complimented the team for seeing through a trying period and requested all players to continue working on their own in a bid to improve themselves in preparation for the coming season.

Meanwhile SA U23 side takes on Ivory in their second Total AFCON Group B match this afternoon at the Al Salam Stadium.

Tweet
More in this category: « The quickest goals in La Liga this season. Ernie Els is happy to be back at Sun City. »
back to top