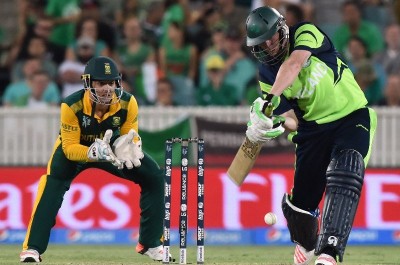 Janneman Malan and Quinton de Kock produced a stunning 225-run opening partnership to set up victory over Ireland on Friday, although the bowlers then laboured as the Proteas ultimately came away with just a 70-run win.

Ireland were eyeing their first ODI campaign success against a top-eight nation after a 43-run win on Tuesday put them 1-0 up following a washed-out opener.

But Janneman Malan’s career-best 177* and a hundred from Quinton de Kock took the Proteas to an imposing total of 346-4 on Friday.

That left Ireland needing to surpass their previous highest successful chase, of 329 against England last year, for victory.

The two teams now shift their focus to the three-match T20 series, with the first T20 scheduled on Tuesday in Dublin.

Twitter
More in this category: « Bafana Bafana through to the finals of the Cosafa Cup 2021. SA's Louis Oosthuizen takes two-shot lead into third round at The Open. »
back to top