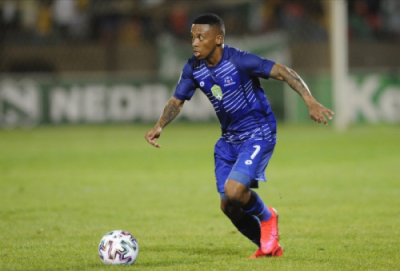 Mamelodi Sundowns confirmed the signing of attacker Thabiso Kutumela on a five-year-contract from Maritzburg United.

"Thabiso Kutumela has reached an agreement with Mamelodi Sundowns and signed a 5-year contract with the reigning DStv Premiership Champions," the club statement read.

"The 28-year-old striker joins The Yellow Nation after scoring 12 goals in 26 league starts with Maritzburg United FC this past season."

Kutumela almost single handedly helped Maritzburg United avoid the drop last season and was rewarded for his efforts by being nominated for the Players’ Player of the Season and Footballer of the Season awards.

Safranko was signed by Sundowns from Romanian club Sepsi OSK and Maema moved to the Tshwane giants from Bloemfontein Celtic, while Lunga and Kekana joined the club from Lamontville Golden Arrows and SuperSport United, respectively.

The Sundowns technical team which is led by co-coaches Manqoba Mngqithi and Rhulani Mokwena will be hoping Kutumela forms a deadly partnership with fellow attackers Zwane and Shalule in the upcoming season which is expected to start next month.