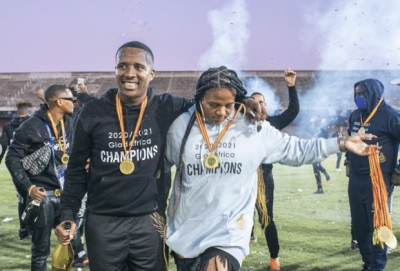 The disciplinary committee (DC) hearing for Royal AM having not honoured their four Premier Soccer League promotion-relegation playoff matches was postponed to next Saturday.

The legal representatives of Royal had asked for the postponement‚ which was granted.

Royal had failed to pitch for all four of their playoffs matches as the Durban team have maintained the games should not have proceeded while they take a case to be reinstated GladAfrica Champions to the Supreme Court of Appeal.

PSL prosecutor Nande Becker said via SMS on Saturday: "Royal AM brought an application for a postponement without filing affidavits in support of such application."

"An objection was made to the improper way in which the club was trying to proceed and the panel ordered‚ for the sake of fairness‚ that the club file the necessary paperwork by Tuesday. The hearings will continue next Saturday."

The DC hearing on Saturday is the latest event in the long saga involving Royal AM‚ the GladAfrica’s (National First Division‚ or NFD) final standings and the PSL’s promotion-relegation playoffs.

An arbitration result before the final game of the NFD had awarded three points to Sekhukhune United regarding a game in February where Polokwane City did not field the required five under-23 players.

After the final round of results‚ this made Sekhukhune champions and up for automatic promotion to the PSL‚ and bumped Royal down to the playoffs.

Royal did not honour any of their playoff matches‚ interpreting an interdict they had earlier obtained against the playoffs proceeding as applying because they were applying to take their case to the Supreme Court of Appeal‚ which is an ongoing matter.

Twitter
More in this category: « Lions impress as they see off Stormers ahead of first Test against Springboks. SA's Louis Oosthuizen takes one-shot lead into Sunday at The Open Championship. »
back to top