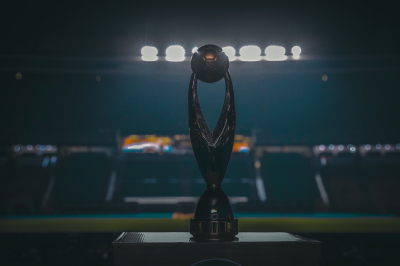 Al Ahly sucessfully defended their Caf Champions League title after securing a 3-0 victory over Kaizer Chiefs in the final on Saturday night.

The Red Devils were dominating possession as expected, but Chiefs were looking resolute in defence.

The title sees Ahly become the first team to rack up 10 continental crowns, while their South African manager Pitso Mosimane is now a three-time CAFCL winner (adding to triumphs with the Cairo club last season and with Mamelodi Sundowns in 2016). Only Portuguese Manuel Jose, who won four Champions League titles with Ahly, is ranked above him.

The first shot on target arrived on 16 minutes, with Chiefs’ Samir Nurkovic getting away a powerful effort from just outside the penalty area, but Ahly goalkeeper Mohamed El Shenawy was well placed to make a comfortable save.

Aside from that, chances were few and far between. Ahly dominated possession and were able to create a few overloads in wide areas, but their subsequent crosses and efforts at goal were no threat to Chiefs’ defence and goalkeeper Daniel Akpeyi.

Chiefs did suffer a major blow on the stroke of halftime when Happy Mashiane was given his marching orders after the referee went to the Video Assistant Referee monitor before changing his initial yellow card to a red for the challenge on Akram Tawfik.

Mosimane responded by introducing El Hanafi at the start of the second half, while Baxter withdrew Nkosingiphile Ngcobo for the Khama Billiat, who had won the Champions League with Mamelodi Sundowns.

Al Ahly did not have wait too long for the opening goal as Mohamed Sherif got between Erick Mathoho and Daniel Cardoso before lobbing the on-rushing Akpeyi for his sixth goal of the tournament.

Mosimane's charges began to stretch the 10 men of Chiefs and eventually got their reward on 63 minutes through Mohamed Magdy Afsha, who rattled the back of the net with a powerful strike from the edge of the box.

The third goal arrived 10 minutes later as the Egyptians embarked on the counter that ended with Amr Al Sulaya finding the top corner with a superb strike that left Akpeyi with no chance.