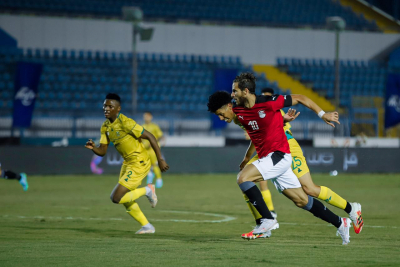 South Africa’s men’s U23 football team suffered yet another blow in its preparations for the upcoming Olympic Games after three members tested positive for COVID-19.

The entire South Africa Under-23 squad is in quarantine after two players, Thabiso Monyane and Kamohelo Mahlatsi, as well as video analyst Mario Masha tested positive for Covid-19 on arrival in Tokyo for the Olympic Games.

The three South Africa squad members were the first reported cases found on arrival at the Olympic Village, ahead of the Games' start this Friday.

"We have three positive cases of Covid-19 in the camp here, two players and an official," team manager Mxolisi Sibam said in a media release from the South African Football Association on Sunday.

"There is daily screening....Masha and Monyane reported high temperatures and positive saliva tests, and were then taken to do the nasal test...and they unfortunately tested positive for Covid-19.

The rest of the team has already tested negative twice and is following closely all the recommendations of the local health authorities.

Team SA officials and management have followed all relevant Olympic Playbook rules, protocols and procedures throughout the pre-Games and Games arrival routines.

Meanwhile a fourth Team SA member, Sevens rugby coach Neil Powell, has also produced a positive result and has been admitted to an isolation facility in Kagashimo where the Sevens squad are currently in at a pre-Games training camp.

"The timing of the positive results suggests that the PCR test in these individuals was done during the incubation period of the infection, which is how they could be negative in South Africa and then positive in Japan. They are now in isolation where they will continue to be monitored and will not be allowed to train or have any physical contact with the rest of the squad," Dr Zondi added.

SASCOC general team management are following all protocols and processes and pursuing all channels to expedite decision making and ensure the comfort and needs of all affected individuals.