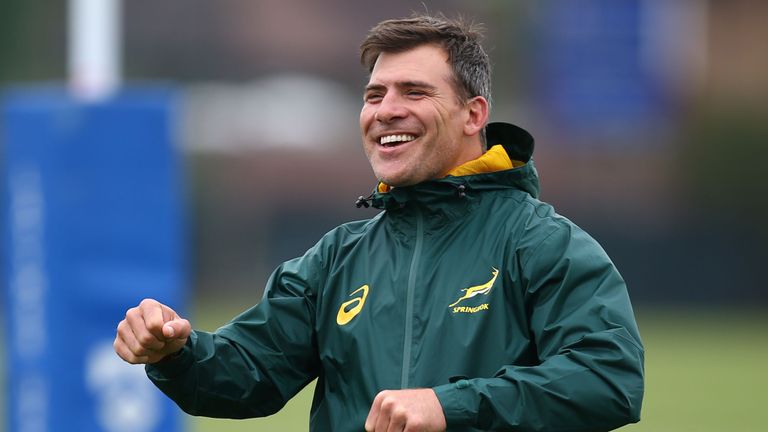 Springbok hooker Schalk Brits has announced his retirement from the professional game.

The 38-year-old was lured out of retirement in 2018 by Rassie Erasmus to join the Springboks and had not played for the Boks since the 2015 World Cup.

"I was happy and content with my career when I decided to retire at the end of the English season in 2018, and I was on holiday with my family in Ibiza when I got a text message from Rassie Erasmus," Brits explained.

"When I realised it was really Rassie, I decided to give it one last shot and ended up playing for the Vodacom Bulls, something I never thought would happen as a born-and-bred Capetonian, but I loved my time in Pretoria and we had a good season as well."

He sees his role within the Springboks differently to most.

"For me, this was about the journey, experiences and making memories, and being part of something special. Winning almost became a by-product of it all, not that we didn’t put in a lot of hard work and effort to be successful."

"Leaving Japan with a gold medal was obviously great, but even if we hadn’t won, I would still have loved going to Japan, ‘ he added. ‘Being part of an amazing tournament and a wonderful Springbok squad."

Meanwhile Rassie Erasmus has paid tribute to Schalk Brits after the Springbok hooker confirmed that he will go back into retirement.

‘Schalk was an invaluable member of our squad and someone who not only lifted the spirit among the players, but set an example with his professionalism and superb work rate throughout the last two seasons,’ Erasmus said.

Tweet
More in this category: « Ernie Els is happy to be back at Sun City. SA Ambassador in Egypt Vusi Mavimbela paid SA Under-23s a visit in Cairo »
back to top