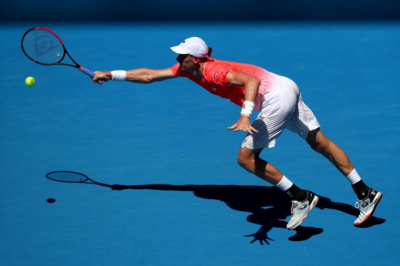 It has been a tough year for Anderson, who began the week in Newport with a 5-6 tour-level record on the season. But the 35-year-old, who is battling back from injuries, bounced back in impressive fashion to defeat #NextGenATP American Brooksby 7-6(8), 6-4 in a match that lasted two hours and 11 minutes.

This is the former World No. 5’s first tour-level triumph since Pune in 2019. Anderson is the first South African to triumph in Newport since Neville Godwin in 2001.

“It’s been a pretty tough run with some injuries. But to be back here at the International Tennis Hall of Fame with such history, this couldn’t be a better week for me to start, hopefully, my comeback," Anderson said during the trophy ceremony. "I’m very motivated to get back. But it all starts with each match, and I was able to really grind it out.”

Anderson has jumped 39 spots to 74th in this week’s ATP rankings following the victory in Rhode Island.

Anderson, a wild card, made his only previous appearance on the Newport grass in 2008, when he was a 22-year-old ranked World No. 115. Since then, he has reached two major finals and competed at the Nitto ATP Finals in 2018.

“Thanks to the tournament for giving me a wild card. It definitely worked out for me," Anderson said. "The last time I was here was in 2008. It’s significant in a way. I was just starting my career, and I guess I’m towards the end, but definitely [am] very motivated to keep going.”

Twitter
More in this category: « British & Irish Lions coaches confirm Alun Wyn Jones will be fit for first Test. Notoane fearful of what awaits his team in COVID 'storm'. »
back to top