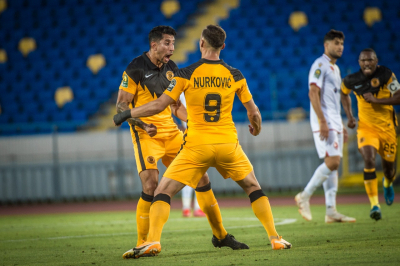 Kaizer Chiefs coach Stuart Baxter has admitted the difficulties facing the club as they seek to find their way back to the top.

Chiefs have not had an off-season with the 2020/21 Champions League season dates having overlapped into July, due to the strain Covid-19 placed on the football calendar last year.

The Soweto giants played their last domestic match on June 5 and then had to play their two semi-final legs against Wydad Casablanca later that month before waiting another three weeks to play the final on Saturday.

"For our supporters, I hope that they see that this is work in progress now and we are pushing in the right direction. How quickly we can do that will depend on a lot of things, not least that we will stick together, and the supporters feel motivated by this and will get behind the boys and make a real feast of it in the season to come," Baxter told the club's media.

"We'll have to see where we are and why we couldn’t win, and what is the reason why the team only scrapped into the top eight [in the DStv Premiership].

Meanwhile Chiefs were still in stuck Morocco after the CAF Champions League final despite being due to arrive in South Africa on Monday morning.

Chiefs lost the Champions League final at the hands of Al Ahly 3-0 at the Mohamed V Stadium on Saturday evening and their travel arrangements to return home was thrown into disarray.

Twitter
More in this category: « Notoane fearful of what awaits his team in COVID 'storm'. CAF confirms the dates for bids for 2021/22 CAF CL & CC finals. »
back to top