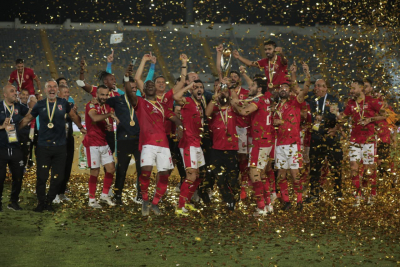 The Confederation of African Football (CAF) has confirmed the dates for bids to host the finals of the Champions League and Confederation Cup for the 2021/22 season.

Following the Confederations' Executive Committee (Exco) meeting held in Morocco last week, it was announced that the hosting bids will open in November.

Considering the quality of infrastructure and standing as the only African country to ever host a World Cup, South Africa will certainly be favourites should a bid come in from SAFA.

The two finals will be played between May 22-29 next year.

CAF has arranged the last two finals of both club competition as single leg ties played at a pre-determined venue.

This year’s final pitting Kaizer Chiefs and champions Al Ahly was played at the Stade Mohammed V in Casablanca, Morrocco.

The 2021/22 continental club competitions will get underway on September 10 with the draw for the preliminary rounds set for August 15 at the latest.

As one of the top 12 countries on the continent allowed to enter two clubs in each of the two competitions, South Africa will have Mamelodi Sundowns and AmaZulu in the Champions League while Orlando Pirates and Marumo Gallants will feature in the Confederations Cup.

Registration of players for the pre-group stages round will close on August 15 leaving the four PSL clubs with just under a month to make new signings that they will want to register for CAF competitions.

Twitter
More in this category: « Baxter concedes to Chiefs challenges ahead of the new season. Tabraiz Shamsi stars as Proteas cruise to opening T20 win. »
back to top