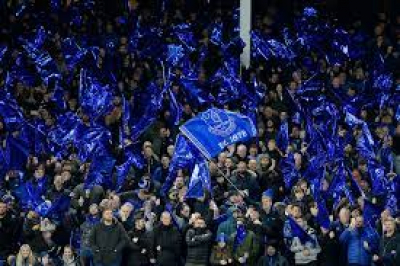 A Premier League footballer has been arrested on suspicion of child sex offences.

The 31-year-old man, who has not been named for legal reasons, was detained on Friday by Greater Manchester Police.

The footballer in question is a member of the top English Premier League club Everton and has already been suspended by the club pending further investigation. Everton on Monday issued a statement regarding the same, confirming that the club has "suspended a First-Team player".

Greater Manchester police reportedly arrested the player earlier this month. Greater Manchester police confirmed the arrest of a 31-year-old man on suspicion of child sex offences in a statement issued after the arrest. The police have yet to confirm whether the person arrested was Everton's player, but the accused has been released on bail "pending enquiries." The police also revealed a few details about the arrested person to the media, including the fact that he is a millionaire who plays for a Premier League club and also represents his country on a regular basis.

"Officers arrested a 31-year-old man on Friday 16 July 2021 on suspicion of child sex offences. He is on police bail pending further enquiries," Greater Manchester police said in a statement.

The footballer has since been bailed pending further inquiries.

The Spanish tactician will take over a team that had finished 10th in the previous season of the league and hasn't won a major trophy since the FA Cup in 1995.

Twitter
More in this category: « Tabraiz Shamsi stars as Proteas cruise to opening T20 win. Springboks captain Siya Kolisi to start against British and Irish Lions. »
back to top