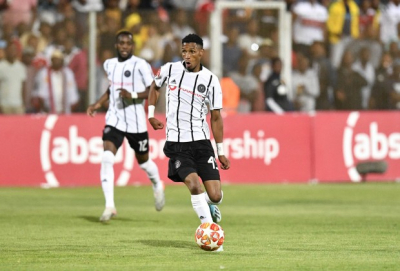 Orlando Pirates have rewarded their top performers from the 2020-21 season where Vincent Pule bagged no less than FOUR awards.

Pule joined the Buccaneers back in 2018 from Bidvest Wits. The winger has been consistent in the Bucs line-up having played over 30 games for the club this past season, which saw the Buccaneers win the MTN8, reach the knockout stages of the Caf Confederation Cup and finish the DStv Premiership in third place.

Meanwhile, Hotto, who bagged two accolades which he shares with Pule, has also been instrumental in the Buccaneers season, making himself one of the most important members of the squad in his first stint with the club.

The Namibian made his way to the Soweto giants after the end of Bidvest Wits last season. Hotto played a key role in the club’s success in the MTN8, which saw him being voted the Last Man Standing at the Premier Soccer League Awards.

Meanwhile, another new member of the squad Richard Ofori was also a fans’ favourite after being voted for the Save of the Season.

The fans appreciated the shot-stopper’s save which he made in the final minutes of the game during the MTN8 final against Bloemfontein Celtic, which Bucs won 2-1.

Boitumelo Radiopane, who is playing in the Pirates’ reserve side, won the Prospect of the Season award following his displays in the Diski Challenge Rewired.

Twitter
More in this category: « Motaung speaks out about Mashiane's Red Card - 'He Must Take It As A Lesson'. Tennis SA to host five prestigious junior ITF tournaments. »
back to top