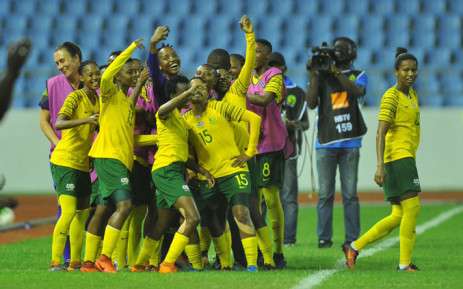 Banyana Banyana have thrashed Comoros 17 - 0 in the COSAFA Women's Championships in Port Elizabeth in defence of their title. Captain Refiloe Jane was player of the match after she scored four goals and Amanda Mthandi scored a hat-rick.

Coach Desiree Ellis made three changes to the team that played against Germany in the last fixture of the 2019 FIFA Women's World Cup campaign and this was their biggest victory.

They are drawn in Group A alongside Comoros,Malawi and Madagascar.

More in this category: « Orlando Pirates Goalkeeper Brilliant Khuzwayo forced into early retirement. 2017 runner up Kevin Anderson withdrew from the ATP Washington Open due injury »
back to top