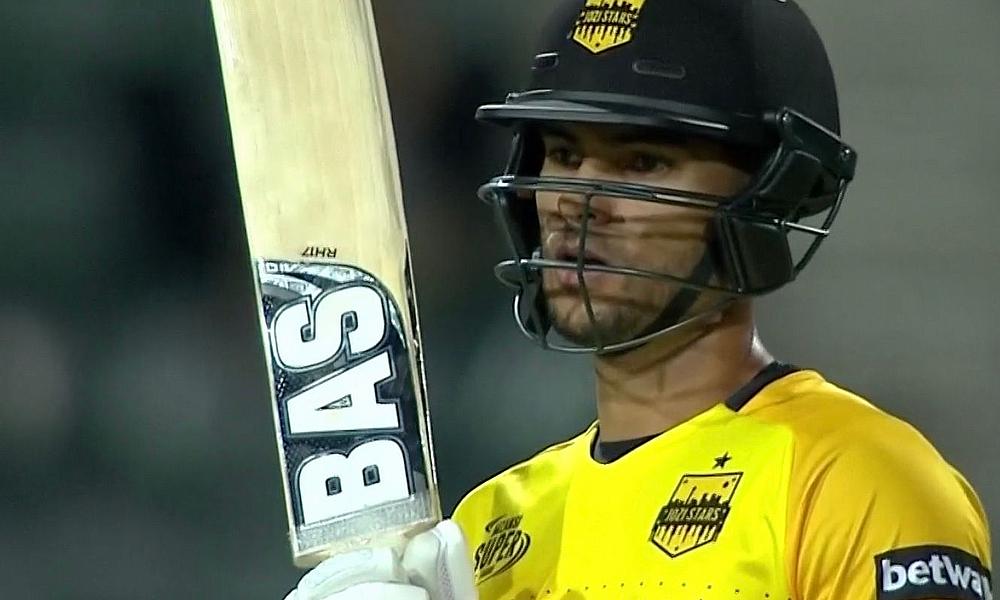 The Jozi Stars continued their poor start to the second edition of the Mzansi Super League after they were bowled out for just 108 and thrashed by nine wickets as the Nelson Mandela Bay Giants,who claimed a bonus point and completed the ‘double’ over the defending champions at the Wanderers this afternoon.

The visitors knocked off the required runs in just 9.1 overs with England opening batsman Jason Roy smashing 31 from just 12 deliveries with four fours and two huge sixes after Stars captain Temba Bavuma won the toss and chose to bat first.

Nonetheless the Jozi Stars have now lost their first four games and will have to win their remaining six to have any chance of reaching the play-off match. Their miserable day was made even worse when 19-year-old fast bowler Gerald Coetsee appeared to tear a hamstring after just two deliveries and limped from the field in obvious pain.

The bonus point move the Giants to the top of the log with two wins and a ‘no result’ from their three games just ahead of the Cape Town Blitz.

Tweet
More in this category: « Kevin Anderson, is set to play on home soil for the first time since 2011 in SA Showdown with Lloyd Harris. Nedbank Golf Challenge:Lombard, Oosthuizen chasing their childhood dream. »
back to top