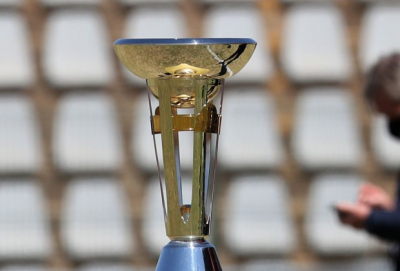 Royal AM have been found guilty of all charges in their disciplinary committee (DC) hearing regarding failing to honour their four Premier Soccer League (PSL) promotion-relegation playoff matches.

"They were found guilty of all charges. I have made written representations as to the appropriate sanctions and the club has started leading evidence with regard to possible mitigation. We will continue on 21 August," PSL prosecutor Nande Becker said.

The hearing in front of the league’s disciplinary committee was twice postponed at the request of Royal’s legal representatives on 17 and 24 July. It finally went ahead on 31 July, with Royal’s representatives and the PSL’s prosecuting team making their cases.

The GladAfrica Championship side was cited for misconduct by the league after they boycotted the playoffs in June 2021.

Their no-shows effectively handed Chippa United six free points and resulted in the Gqeberha-based team retaining their Premiership status after they also beat and drew with Richards Bay over two legs.

Royal’s shunning of the playoffs stems from a ruling by independent arbitrator Hilton Epstein SC in May 2021.

Epstein handed Sekhukhune United, who were in second with one game remaining, three points as Polokwane City were found guilty of misconduct for not fielding the required number of U-23 players in a match between the two sides in January.

Royal decided against playing in the playoffs as they were under the impression that an earlier interdict against the playoffs proceeding by Judge Justice Nyathi still applied even after Gauteng Deputy Judge President Roland Sutherland dismissed their leave to appeal his decision to uphold the Epstein ruling.

The PSL, on the other hand, said they had been advised to proceed with playoffs at the time as the Nyathi interdict had fallen away once Sutherland dismissed Royal’s appeal against his ruling.

The PSL, on the other hand, said they had been advised to proceed with playoffs at the time as the Nyathi interdict had fallen away once Sutherland dismissed Royal’s appeal against his ruling.

All that remains now is for the Disciplinary Committee to decide if any punishments would be meted out to Royal AM.

Recently, the PSL released fixtures for the new season, and Sekhukhune have been included in the Premiership.Royal AM features in the First Division.

More in this category: « ECB chief 'very confident' Ashes series will go ahead after assurances from Cricket Australia. Banyana Banyana drawn in tough group of 2021 COSAFA Women’s Championships. »
back to top