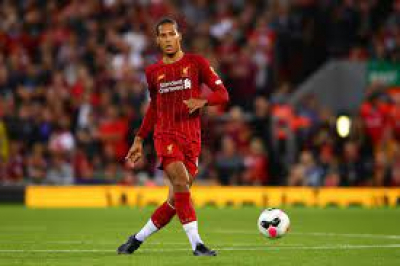 Liverpool defender Virgil van Dijk has extended his contract with the club until the summer of 2025.

The 30-year-old, who was under contract until 2023, follows Trent Alexander-Arnold, Fabinho and Alisson in signing new deals with the club this summer.

Van Dijk, who resumed playing in pre-season, said he was "delighted, very happy and proud" to sign a new deal.

"All the hard work we've put in so far continues and I am looking forward to what the future brings together with Liverpool," added the Netherlands centre-back, who has made 130 appearances for Liverpool.

"Where I am today, how I feel today, as a very senior, important player for the team and for the club. That's just a fantastic feeling and why I definitely feel at home here."

Since Van Dijk joined Liverpool in January 2018, he has won 72 of his 95 Premier League games. The win rate of 76% is the best of any player to make 80 or more appearances in the league over the same period.

Van Dijk, who joined Liverpool from Southampton for £75m in January 2018, has established himself as one of the Premier League's most influential defenders, playing every domestic minute as the Reds won the title in 2019-20.

More in this category: « Amazulu confirm signings of former Chiefs players Ekstein and Moleko. US Open qualifying rounds to be played behind closed doors. »
back to top