US Open qualifying rounds to be played behind closed doors. 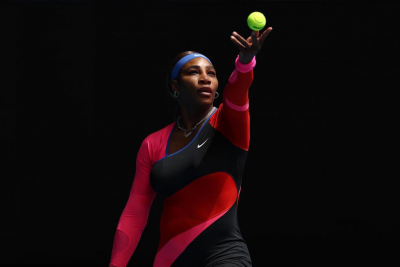 Fans will not be allowed to attend the US Open qualifying rounds to "ensure the health and safety of all".

The main tournament will have capacity crowds when it starts on 30 August.

The qualifying week will see "the greatest number" of players and support staff on site, with organisers estimating more than 2,500 people.

"This was a particularly tough decision for the USTA to make, given the immense popularity of US Open Qualifying among fans," said organisers.

"But after consulting with local health authorities and the US Open medical team, it was determined that it was the right decision to ensure the health and safety of all."

Because of Covid-19, indoor capacity at the USTA Billie Jean King National Tennis Center within Flushing Meadows has been reduced, while many of the players' facilities have been moved outdoors during qualifying.

"With that, there is not enough room to allow fans to access the site while still ensuring player and fan safety - which remains our top priority," organisers added.

The US Open 2020 singles titles were won by Austria's Dominic Thiem and Japan's Naomi Osaka, and it is the fourth and final Grand Slam event in the tennis calendar.