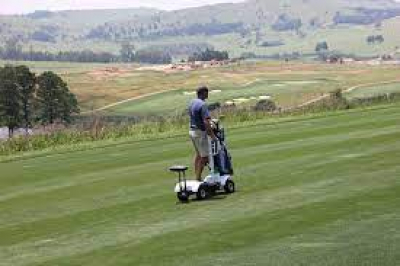 Vodacom has once again thrown its full support behind South African professional golf with the announcement of a significant donation to permanent Sunshine Tour caddies to help alleviate the economic pressures they have suffered during the coronavirus pandemic and specifically the hard lockdown of professional golf in 2020.

During the first Vodacom Origins of Golf tournament at De Zalze Golf Estate this August, Vodacom announced a R409 500.00 donation to the Sunshine Tour and specifically for the South African Caddie Association (SACA), which will be used to help support all professional caddies approved by the Tour.

The donation comes after Vodacom confirmed the return of the Vodacom Origins of Golf series to the Sunshine Tour's schedule in 2021 and 2022 after it had to be postponed last year due to the Lockdown Level 5 restrictions.

The five-tournament series teed off in August, with the final tournament set to be played in 2022 and with a total of R5 million in prize money on offer throughout the series.

"As a result of the coronavirus pandemic we were unable to host the Vodacom Origins of Golf Series in 2020. We realise that this impacted heavily on the Sunshine Tour caddies across the country who rely on these tournaments to earn a living," said William Mzimba, Vodacom Business Chief Officer.

"Since its inception in 2004, the Vodacom Origins of Golf series has been strongly aligned to the communities where the tournaments are played and supporting charities as well as golf development initiatives. It is for this reason that, in partnership with the Sunshine Tour and events rights holders FLOOID, we have made this donation to a sector of the golf industry that is critical to all of our enjoyment of this game."

Thomas Abt, Commissioner of the Sunshine Tour, said: "The Sunshine Tour is blessed to have sponsors and partners of the calibre of Vodacom, a company that has always supported the Tour and the greater golf family in South Africa. This is an incredible contribution to our efforts to assist our caddies financially."

More in this category: « US Open qualifying rounds to be played behind closed doors. The 59th Bundesliga season kicks off this weekend. »
back to top