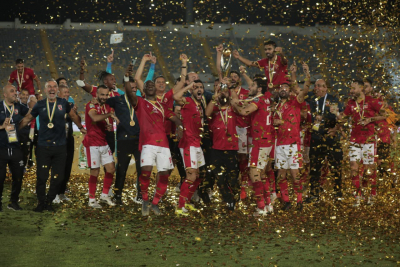 Mamelodi Sundowns have been given a bye in the first round of the CAF Champions League while AmaZulu are set to take on the Malawian giants.

Sundowns will once again not feature in the first preliminary round as they one of the top-ranked sides in the tournament, but Amazulu start their debut campaign in the tournament with a clash against Nyasa Big Bullets.

Ghanaian side Hearts of Oak have been pitted against Guinean side Club Industriel de Kamsar in the preliminary round of the Caf Champions League.

On their return to the elite inter-club championship after an absence of more than 10 years, the Phobians will face the Guinean National Championship runners-up for a place in the first round of the continental contest.

Here's how the teams will face each other in the competition’s preliminary rounds?? pic.twitter.com/OMzIND8tp7

Meanwhile Orlando Pirates have been given a bye in the first round due their ranking, but will face the winner between Bumamuru FC and Diables Noirs.

Plenty of amusing encounters in the tournament’s preliminary rounds. ? pic.twitter.com/N2OmWRMA7D

The first round officially gets underway on 10 September 2021, CAF have confirmed.

More in this category: « Sascoc to seek more proactive approach for bonuses to reward Olympic medalists. England fight back at Lord's as Anderson, Root and Rory Burns impress on second day. »
back to top