PSL approve sale of Bloemfontein Celtic to Royal AM. 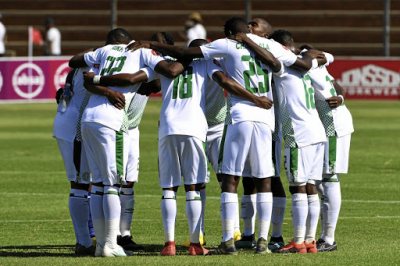 The Premier Soccer League have approved the sale of Bloemfontein Celtic to Shauwn Mkhize’s Royal AM.

This comes after Tshakhuma Tsha Madzivhandila confirmed on Saturday that they had purchased the GladAfrica Championship status of Royal AM.

According to documents leaked from the Premier Soccer League, the executive committee have approved the sale. This comes just days after Royal AM were found guilty of bringing the league into disrepute, after failing to attend the promotion/relegation play-offs.

The PSL’s letter reads: "The application to approve the transfer of the football club known until now as Bloemfontein Celtic Football Club from the seller to the acquirer, [and the related approvals in respect of a name change (to Royal AM FC) and relocation (to Chatsworth Stadium)] served before the executive committee today.

"The executive committee considered the application and supporting documentation against the requirements of article 14 of the NSL Handbook.

"The transfer has been approved on the basis sought ... "

The letter continues that the deal will proceed on "the express undertaking and agreement" from both parties that:

— all contracts of employment of all players of the Seller have been transferred to the acquirer;

— the acquirer will be responsible for, and will deal with (and where necessary, satisfy) all and any claims that may exist, or which have been, or which are brought by or against the club (whether by or in respect of the league, players, or other participants in professional football), and whether before the disciplinary committee, the dispute resolution chamber, or any other tribunal or court.

Article 14 of the NSL Handbook deals with the "Acquisition and Ownership of a Club".

The PSL have approved plenty of club sales in recent times, with many clubs struggling even more for cash in the wake of the Covid-19 pandemic.

Royal AM have courted controversy since the end of this season, taking the PSL to court after they missed out on automatic promotion to Sekhukhune United. United were awarded an extra three points after Polokwane City fielded an ineligible player against them in a GladAfrica Championship match in January.

Those points took them above Royal AM in the Championship table, infuriating the KZN side, who took the PSL to court, and temporarily obtained a court order suspending the play-offs, which they were supposed to take part in. That court order was overturned, but Royal AM still refused to participate in the play-offs, leaving them in hot water with the PSL prosecutor Nande Becker.