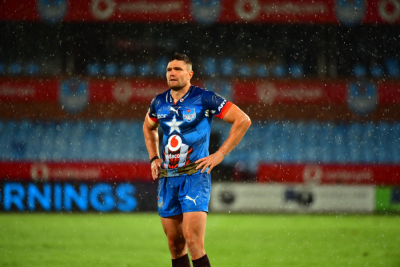 The Vodacom Blue Bulls put in a monstrous second-half performance to smash the Sigma Lions 48-21 in their Carling Currie Cup matchup at Emirates Airline Park in Johannesburg on Saturday afternoon.

A tight first half saw the Bulls reach the break with just a one-point lead before they turned on the style in the second half to run away with the match, ending up outscoring the Lions seven tries to two for a massive bonus-point win.

Despite making nine changes to the starting XV, the Bulls picked up right where they left off against Griquas with another dominant outing underpinned by excellent performances from their key players.

It was, however, the home side who had the early ascendancy. The Lions dominated possession and territory as the Bulls struggled to exit their own 22.

The depleted Bulls responded by upping the intensity and strung good phases together with slick handling before putting in man-of-the-match Janko Swanepoel for the try to retake the lead.

The Bulls kept up the pressure and a powerful leg-drive from from No 8 WJ Steenkamp (assisted by Ruan Nortje) saw the Bulls score their second try just before the 30-minute mark.

The Lions did not roll over, however, and showed good fight to hit back through a well taken try by PJ Steenkamp. At half time there was only one point to separate the sides as the Bulls led 17-16, but the Lions may have felt they had the upper hand for most of the half.

The men from Pretoria came out of the half-time break ready to make a statement. As had happened in their match against Griquas, the Bulls shifted gears and ultimately started to pull away from the Lions.

Chris Smith, who played possibly his best game in a Bulls jersey, showed good vision to dummy and slice through the line to score the try that started the procession. Minutes later, a wonderful offload by Muller Uys put Gerhard Steenekamp across the line.

Tries by Johan Goosen and a fantastic team effort rounded off by Madosh Tambwe effectively put the match to bed. The Lions did claim a consolation try through young prop Nathan McBeth, but it did little to add gloss to the scoreline.

Zak Burger crossed once more to take the scoreline to the high 40s and round off an emphatic victory for a young Bulls side that continues to build towards the United Rugby Championship.

More in this category: « Bruno Fernandes scores hat trick as Manchester United thrash Leeds. Pulisic fires Chelsea to victory while Vardy pounces to give Leicester win. »
back to top