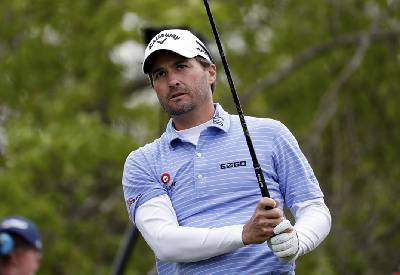 Kisner, 37, shot a closing four-under 66 before clinching the win with a birdie on the second play-off hole.

That gave him his fourth PGA win and his 10th professional title overall.

Kisner has yet to play in a Ryder Cup despite being a fine exponent of matchplay and one of the game's most accurate players.

Overnight leader Russell Henley finished a shot further back in a three-way tie for seventh after a final-round 71.

That left the American 14 under at Sedgefield Country Club alongside compatriots Webb Simpson and Kevin Streelman.

England's Justin Rose finished two shots off the pace after a 67 on Sunday that included an eagle on the fifth, four birdies and three bogeys to complete his weekend in a five-way tie for 10th.

More in this category: « Federer announces he will be out for 'many months' as he prepares to undergo knee surgery. No spectators to be allowed at Paralympics Games as Covid cases continue to rise. »
back to top