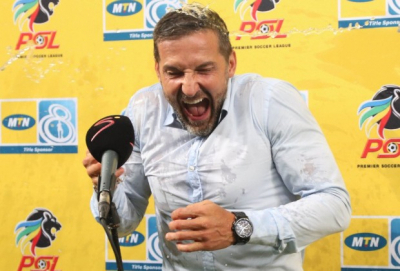 Zinnbauer departs having lifted the 2020 edition of the MTN8 while guiding Pirates to third place last season, securing a place in the CAF Confederation Cup.

"I would like to thank the Chairman and management for the opportunity they have given me," the German said as quoted by the club's official website.

"Unfortunately, my time at the club has come to an end. I have enjoyed my time here and would also like to extend my heartfelt gratitude to the supporters.

"I have spent the last two years away from my family, and for this reason, I have decided to hand in my resignation. I would like to wish the club and its supporters all the best for the future."

On Saturday, the 51-year-old was in the dugout as the Buccaneers went down 2-1 in their MTN8 quarter-final against Swallows FC, ending their chances of retaining the title.

Since his arrival in December 2019, the German mentor oversaw 68 competitive matches with 35 wins, 20 draws and 13 defeats.

More in this category: « No spectators to be allowed at Paralympics Games as Covid cases continue to rise. Mngqithi calls for VAR introduction? Is the PSL ready for VAR? »
back to top