SA junior athletes off to U20 world champs in Kenya. 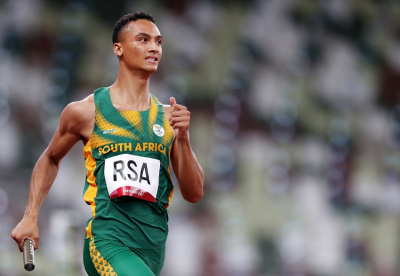 A full-strength national team will be looking to make an impact against the world's most promising young track and field stars when the South African squad open their campaign at the World Athletics U20 Championships starting in Nairobi, Kenya on Wednesday 18 August 2021.

The team delegation led by James Moloi and Shireen Noble, the President and Vice President of Athletics South Africa respectively, the 54 athletes who will represent the SA team (29 men and 25 women), 12 are ranked among the top 10 in the world this year in the U20s in their specialist events.

The team, which departed Johannesburg at Noon on Sunday 15 August and landed in Kenya just after 5.25pm same day, will be spearheaded by multiple athletes who will be among the podium favourites.

Mine de Klerk is ranked second in the world in the junior women's shot put after setting a national U20 record of 17.55m in Potchefstroom in February. Only Pinar Akyol of Turkey (17.65m) has gone further this season.

Another South African, former African youth champion Dane Roets, will add some depth in the shot put after producing a 16.12m heave in Johannesburg in May, lying 10th in the global rankings ahead of the biennial U20 showpiece.

On the track, Lythe Pillay will line up among the title contenders in the men's 400m sprint.

Pillay, who represented South Africa in the 4x400m relay at the recent Tokyo Olympic Games, is ranked fifth in the one-lap dash with a personal best of 45.53.

The four athletes ranked ahead of him are all American, however, and each country is limited to two entrants at the World Athletics U20 Championships.  In the men's high jump, 17-year-old Brian Raats is ranked in a tie for fourth place in the 2021 top lists, as one of nine junior athletes who have cleared 2.20m this year.

"It’s a new chapter for many of our athletes who will be taking part at world level, so in the camp there is a mixture of excitement and nervousness," said ASA President, James Moloi. "The postponement of the competition last year affected some of the athletes who no longer qualify to be participants because of age.

"But the postponement has affected almost all 100 participating countries equally including the impact of the corona virus in how all athletes prepared for it. We are expecting a better performance from the junior squad but that does not mean we are putting them under pressure. With the Championship now starting a day later, it allows our athletes that small cushion to acclimatise to the new weather conditions.  We wish our athletes well."

Other athletes in the SA team with top 10 world junior rankings include:

The SA squad in Nairobi also features full 4x100m and 4x400m relay teams. The five-day World Athletics U-20 Championships will conclude on Sunday.

More in this category: « England bowled out for 120 as rampant India win thrilling second Test at Lords. CGA close Cross Country league season. »
back to top