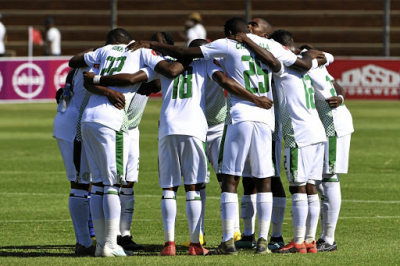 Bloemfotein Celtic’s move to KwaZulu Natal is complete and the name has officially changed to Royal AM.

This is according to the letter written to all clubs by acting CEO, Mato Madlala.

Royal AM was involved in a protracted and at times messy legal battle to be reinstated as champions of the GladAfrica, where they had suffered several court defeats.

This had followed an arbitration award of three points to Sekhukhune United, who then won the NFD and automatic promotion to the Premiership.

The Premier Soccer League (PSL) have confirmed the sale of Bloemfontein Celtic to the owners of Royal AM that will see one of the most historic teams in South African football disappear from the landscape.

The change comes in the same week the league season is set to get under-way, but PSL chairman Dr Irvin Khoza says they had to approve the deal or face having only 15 clubs in the top-flight in 2021-22.

"The critical issue, and despite our discomfort, the thing facing us is the issue of the solvency of the club or the risk of insolvency," Dr Khoza said.

"These are the defining elements – if someone says, ‘I can’t afford (to keep the club), then what do you do? You can offer the team to the community first (to keep it there), and if there are no takers, then there is a problem.

"When the league starts there must be 16 teams, if we do not then we have a problem that disrupts our own funding model. The executive interrogated the matter thoroughly, but we are forced to do what we are doing to keep football alive."

Meanwhile the South African Football Players Union (SAFPU) on Tuesday assured that all Bloemfontein Celtic players' contracts are guaranteed even if the club were to be sold.

With the players then instructed to immediately relocate to Durban within 24 hours, with the start of the new season in just under a week.

SAFPU have now moved to assure all contracted players that any existing deals with the club remained in place.

"Discussions were held since then to ensure that no player is left in limbo when a buyer or investor purchases a team. It's stated in the PSL handbook."

All players now with contracts that are still active automatically transfer to the new buyer. It means the buyer must then inherit the liabilities along with the assets of the club

"When a club is sold or bought, players' contracts are now guaranteed, which we are happy about,said SAFPU."

More in this category: « Osaka broke down in tears during her first press conference since French Open. It's all coming together nicely for Jaco Prinsloo. »
back to top