Condolences continue to pour in as Gary Player pays tribute to his wife. 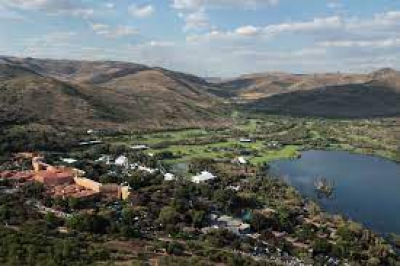 South African golf icon Gary Player has paid a moving tribute to his late wife, Vivienne, who lost her battle with cancer on Wednesday.

Vivienne was being treated at a facility in Santa Barbara in the USA. The couple were married for 64 years.

Player, one of the world’s most successful and recognisable golfers, called Vivienne his "childhood sweetheart, his rock and his soulmate."

He further said in a statement posted on Twitter: "Vivienne has been a constant in my life from the moment I first set eyes on her when I was 14."

Statement of Gary Player on the passing of his wife, Vivienne. pic.twitter.com/Qg7pDbYBub

It is understood the couple, who have six children, celebrated their 64th wedding anniversary in January.

Messages of support and condolences continued to be sent to Gary through Wednesday night.

Sending my condolences to @garyplayer on the passing of your beloved wife Vivienne. What a wonderful woman & what a wonderful life you shared together. My thoughts are with you my friend and of course the rest of your family at this sad time.

Our thoughts and condolences are with Gary Player and his family, following the sad news of his wife Vivienne's passing. pic.twitter.com/WHXrOpq5I3

The European Tour and PGA Tour also sent their condolences to Player, by positing a picture of the couple, and carrying the golfer’s statement.

More in this category: « Naomi Osaka admits she felt ungrateful in her attitude towards playing tennis. Harvey Barnes signs new Leicester City contract to 2025. »
back to top