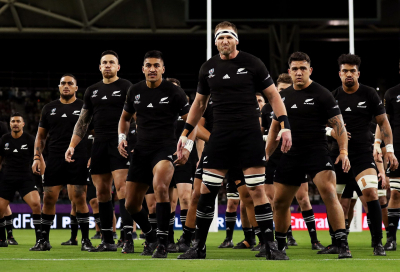 Sanzaar are reportedly mulling a drastic and radical move for the rest of the Castle Lager Rugby Championship to Europe, after the newest Covid outbreak in both Australia and New Zealand has put the tournament in jeopardy.

While Sanzaar still haven’t been able to confirm venues past this coming weekend, a report in Australia suggested that the third Bledisloe Cup game - set for next weekend in Perth may not even take place.

New Zealand have cancelled all sport around the country after 11 new cases of the virus had been recorded and there have been reports that Sanzaar are mulling moving the entire tournament to Europe to make sure it goes ahead.

According to a report on the website Rugbypass, four double-headers are tentatively being planned for Paris, London, Dublin and Cardiff and could go ahead with fans if the tournament is moved.

All that is currently certain is that the Boks will face Argentina this weekend in Gqeberha while New Zealand and Australia will face their second consecutive Bledisloe Cup game as well. After that, anything else is subject to whatever Sanzaar decide in the coming days.

On Thursday Los Pumas coach Mario Ledesma said that his team would roll with the punches, and would play wherever they needed to play - be it in Europe or anywhere else in the world.

"Everything at the moment is uncertain and we can relate to you and you can relate to us because we have countries that are suffering the same with Covid, not only financially but with the pandemic and socially we’re having the same problems.

"Everything has been uncertain from last year onwards. We cannot imagine as a team being outside of that bubble in a world where everything is upside down.

The original tournament plans were contingent on an ongoing travel corridor between Australia and New Zealand, which was shut down by the Australian government earlier this month.

The report adds that four of the five matches in New Zealand - including the 100th test between the Springboks and All Blacks - were due to be shifted to Western Australia this week, until the newest outbreak in New Zealand threatened that and Australia closed any quarantine-free travel between the nations.

Ledesma added his side was still due to travel to Queensland alongside the Springboks on the same flight and while South Africa and Argentina may have to quarantine in a third country before entering the United Kingdom, New Zealand and Australia can travel via Singapore without isolating on arrival.

It goes without saying that these double headers could be commercially viable for the Southern Hemisphere teams, who have all been hit by reduced revenue during the pandemic.

And it won’t be the first time the tournament is held outside the nations playing in it, as Argentina faced the Wallabies at Twickenham in 2016.

New Zealand media reported on Thursday that West Australian Premier Mark McGowan said on Wednesday he could not say if the game between the All Blacks and Wallabies would go ahead, as scheduled on 28 August in Perth.

His government is introducing a "low risk" measure, effective Wednesday which means New Zealanders arriving in Perth will have to quarantine for two weeks. The All Blacks would have to be exempted to travel without the quarantine restrictions.

More in this category: « We will fight with dignity, promises Pitso Mosimane. Home favourite Conradie targets a win at Wingate. »
back to top