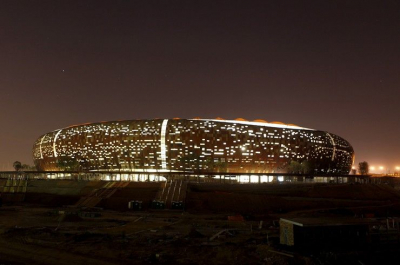 South Africa joined in as enthusiastic partners to the global WeThe15 campaign which was launched on Thursday, with the campaign aspiring to be the biggest ever human rights movement to represent the world's 1.2-billion persons with disabilities.

Launched ahead of the Tokyo 2020 Paralympic Games, WeThe15 aims to end discrimination towards persons with disabilities and act as a global movement publicly campaigning for disability visibility, accessibility, and inclusion.

Ms Lwandile Simelane, the 1st vice-president of the South African Sports Confederation and Olympic Committee (SASCOC), highlighted SASCOC's commitment to the WeThe15 cause. "We are an organisation that has consistently been guided by equality and fairness to all South Africans according to their human rights and the national Constitution.

"That fairness and quality has stretched out, and will continue to do so, through the disabled community and we are enthusiastic partners to the WeThe15 campaign. We will continue to push for equality and equal treatment for everyone within the organisation, and within all our athletes and federations.

"This is not a once-off 'Purple lighting up event'. We are committed to the long course and the ideology of the campaign. SASCOC is committed to support athletes with disabilities and we will continue to strive to, and do our best to ensure they are treated equally in accordance with the South African Constitution. This campaign is in partnership with the Government's department of Sport and Recreation.

"The numbers speak for themselves with 15 percent of the world's population affected by disabilities. As South Africans we have been progressive in taking the lead when it comes to our Para-athletes and Paralympians.

"Over the years the Paralympians have done the country proud and have achieved excellent results on the medals table. However, the WeThe15 campaign will do more than focus on one event (the Paralympics) that takes place every four years. The campaign will continue for the next 10 years and today marks an important milestone in the awareness for those who have disabilities," Ms Simelane added.

South Africa's iconic FNB Stadium, which played host to the 2010 Fifa World Cup final, is among the 125 global landmarks that will be lit up purple to co-incide with the launch of WeThe15. The FNB Stadium joins other iconic landmarks include New York's Empire State Building, Tokyo Skytree and Rainbow Bridge, Geneva's Jet d'Eau, Moscow's Ostankino Tower, Rome's Colosseum, the London Eye and the Niagara Falls spanning Canada and the USA, to be lit up purple from Thursday night.

The 87 436-seater FNB Stadium is the largest venue in South Africa and the premier stadium in South Africa. The unique design of FNB Stadium is highly regarded internationally and is often fondly referred to as the "Calabash" or "African Pot" after being reconstructed to the tune of R3.3-billion in time for the first ever African World Cup in 2010.

Spearheaded by the International Paralympic Committee (IPC) and International Disability Alliance (IDA), WeThe15 brings together the biggest-ever coalition of international organisations from the worlds of sport, human rights, policy, business, arts, and entertainment. Together they are working with governments, businesses, and the public over the next decade to initiate change for the world's largest marginalised group who make up 15% of the global population.

More in this category: « Jose Mourinho gets off to winning start as boss of Italian outfit. US coaches meet in Matchday 2 of the Bundesliga season. »
back to top