Maduka looking forward to the start of their debut season. 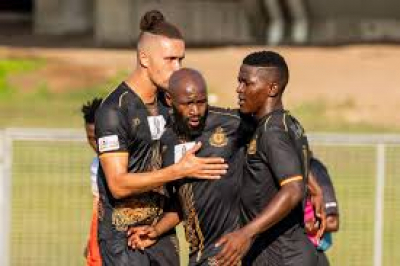 Royal AM head coach John Maduka says he's looking forward to the start of their debut season in the DStv Premiership.

Over the past five days, Bloemfontein Celtic, his former club has been sold to businesswomen Shauwn Mkhize, renamed and relocated to Kwa-Zulu Natal.

"Wherever there is a transition there will be challenges here and there but you know, we're welcomed here. If you come to the village and see where the team trains, you see the way things are done here are professional.

"You can't believe it was a team playing in the NFD, well organised. The players are getting better and better, we know it's not easy but we'll get there.

"We want to be thankful for our chairlady who welcomed us here and you know we're happy to be here."

"But [for] us as Royal AM, we're ready and looking forward to the game, we'll give our best and try and get the result.

"It's important to start the league well so it doesn't put us under too much pressure and on the players, but we're excited for our first game in the Premier League."