The study that blocked Caster Semenya from Tokyo Olympics has been corrected. 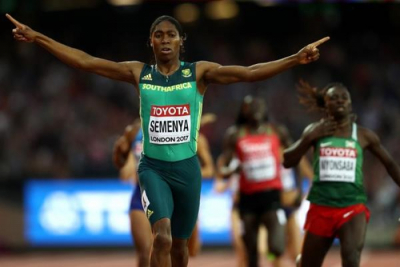 A study that was the basis for testosterone regulation in women’s track events—and which prevented South African two-time gold medalist Caster Semenya from competing in the Tokyo Olympics—has been corrected by its publishers.

Among them is Semenya, the South African 800-meter specialist who was unable to compete in Tokyo as a direct result of the study. Semenya has mounted a years-long legal challenge against the testosterone rules that is currently before the European Court of Human Rights.

Semenya refuses to take medication to reduce her testosterone level and has twice failed in legal battles to overturn the World Athletics decision.

The ruling has now come under scrutiny after scientists issued a correction to the study earlier this week, which was printed by the British Journal of Sports Medicine.

According to the New York Times, the scientists acknowledged that their study indicated a pivotal relationship between high testosterone levels and enhanced athletic performance among top female athletes was "exploratory" and "could have been misleading by implying a causal inference".

One of Semenya's lawyers, Gregory Nott said that the athlete's legal team hoped World Athletics would now "support setting aside the regulations".

Nott questioned World Athletics decision to release the findings only after the Tokyo Olympics.

"World Athletics have recently given notice of their wish to intervene in the European Court of Human Rights proceedings and we would hope they will now support setting aside the regulations.

"It is more than surprising that World Athletics did not reveal this evidence before the Tokyo Olympics and allow Caster to defend her 800m title."