SA bags two more medals at the World U20 Athlectics. 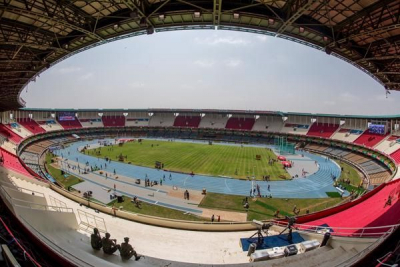 The SA team continued to add to their growing medal haul at the World Athletics U20 Championships on Friday, securing two more podium places on the third day of competition in Nairobi, Kenya.

Mine de Klerk opened her account in style, earning silver in the women's discus throw final. De Klerk, who will also compete in the shot put final this weekend, set an African record of 53.50m to break the continental U20 mark set by Simone du Toit in Roodepoort, Johannesburg in February 2006.

"This medal makes me really emotional, "De Klerk said. "I dedicate it to my grandmother who passed on in June. She supported me since I started doing track and field competitions, and losing her has been hard, even in my training, but I just wanted to make her proud."

In the men's pole vault final, Kyle Rademeyer cleared 5.30m to bag the bronze medal. Matvei Volkov of Belarus won gold, sailing over the bar at 5.45m, and Juho Alasaari of Finland secured silver at 5.35m.

The final, which had been postponed the day before due to rain, was held in challenging, windy conditions.

"I couldn't be happier about my performance," said Rademeyer, who wrapped up a South African medal double in the pole vault after Mire Reinstorf's victory in the women's competition earlier in the week. "My season has been quite tough, with lots of ups and downs, so I came here with the mindset of just enjoying it, which I did today."

In the men's javelin throw final, Zander van der Merwe finished eighth with a best effort of 69.34m, with Janne Laspa of Finland snatching the gold medal (76.46m) in a hard-fought contest.

On the track, sprinter Sinesipho Dambile finished second in his 200m semi-final in 20.45, progressing safely through to Saturday's final.

Countryman Benjamin Richardson, who earned silver in the 100m event the day before, was fourth in his 200m semi-final in 20.71, and he was eliminated.

Earlier, in the morning session, Karmen Fouche was ranked 10th in the women's long jump qualifying round with a best leap of 6.10m, booking her place in the final to be held on Sunday.

Middle-distance runner Danielle Verster finished 11th in her 1 500m heat in 4:43.70, and she was eliminated ahead of the final.

“We are proud of our athletes and we thank Mine and Kyle for adding the silver and bronze medals, respectively. Each medal won inspires other athletes who are still in competition. Our athletes are all striving to reach the final in their respective events.

"Considering that we’ve had difficulties because of Covid 19 that drastically limited preparations, we really appreciate the performance of our athletes and wish well all athletes still in competition," said a happy James Moloi, the President of Athletics South Africa.

After three days of competition, the SA team were lying fourth in the overall table with four medals (1 gold, 2 silver and 1 bronze).

More in this category: « Messi poised for PSG debut against Reims, says Pochettino. Diogo Jota and Sadio Mane goals seal win for Liverpool. »
back to top