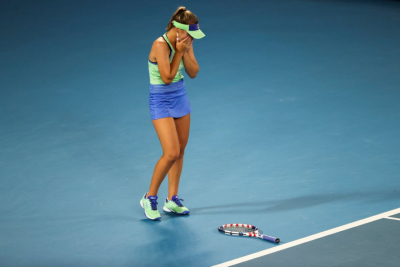 World number one Ashleigh Barty reached her sixth final of 2021 at the Cincinnati Open with a straight-set win over Angelique Kerber.

The Australian, who won Wimbledon in July for her second Grand Slam title, prevailed 6-2 7-5 over German Kerber.

Barty, 25, has not yet dropped a set in Cincinnati and reaches the tournament's final for the first time.

The victory moves Barty into her 19th career final, ninth at WTA 1000 level or higher, and a Tour-leading sixth of 2021.

It is the best result for Barty in Cincinnati to date, her previous best being the semi-finals in 2019. She has now also reached the final of five of the nine different WTA 1000 events.

The Wimbledon champion will face either her opponent from the All England Club championship match in Karolina Pliskova, or surprise package Jil Teichmann.