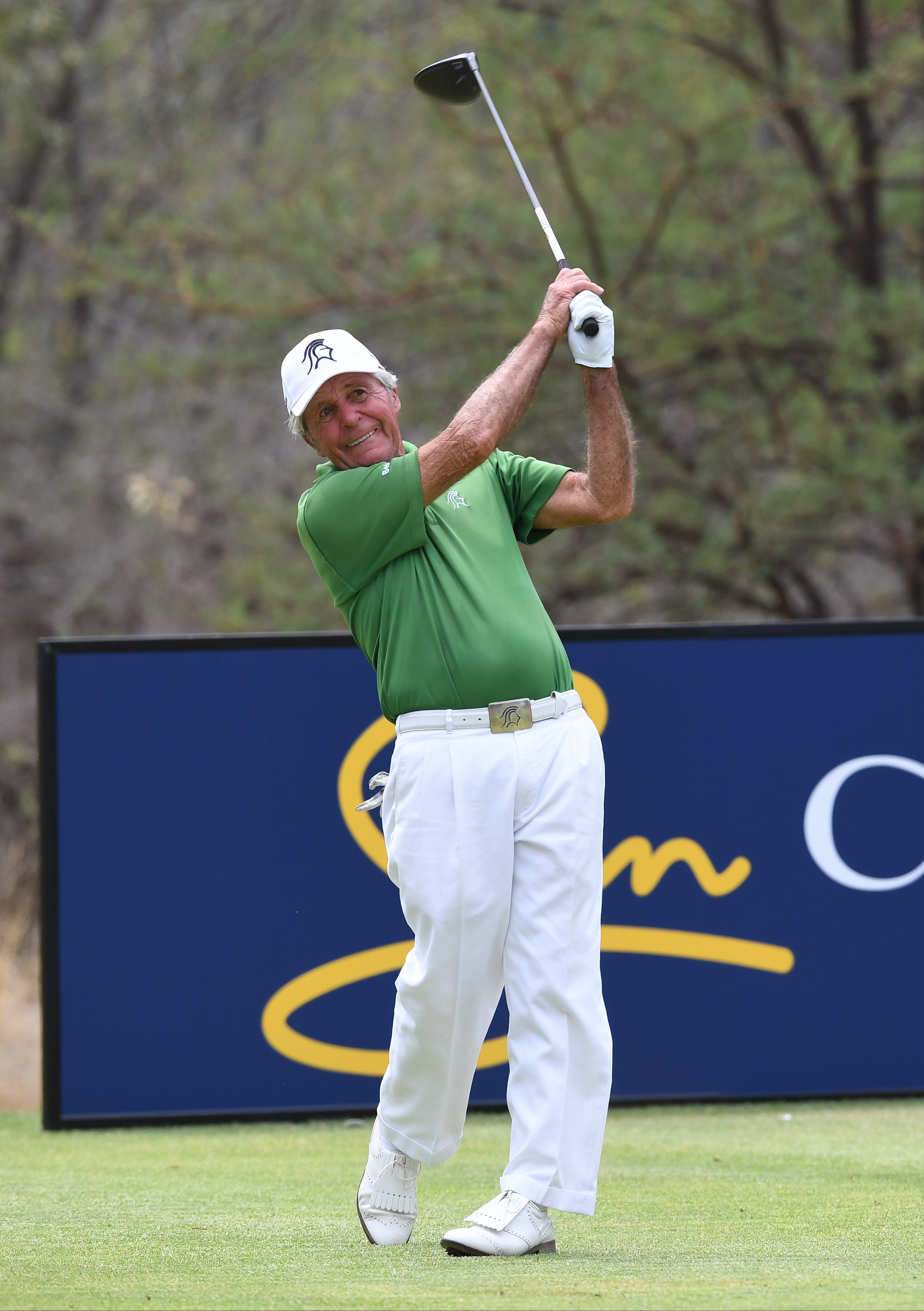 Few sportsmen are still signing endorsement contracts at the age of 84. Yet such is the evergreen force of the Gary Player brand that after reaching this significant age milestone on Friday 1 November, the Black Knight can look forward to the upcoming Gary Player Invitational tournament which in its 20-year history has been backed by leading global brands such as The Coca-Cola Company, BMW, Rolex, UPS, SAP, Callaway, Canon, Heineken, Johnny Walker, Castle Light, Lexus, PwC and Sun International.

This year marks the 20th anniversary of the Gary Player Invitational in South Africa, which will be played at The Lost City Golf Course at Sun City from 23-24 November.

It does so with a strong base of corporate support that has allowed the tournament to expand into a new 36-hole format with an increased field of 72 golfers including sports stars, celebrities, Sunshine Tour and Sunshine Ladies Tour professionals, and business leaders.

“I’ve always said that sponsors are the lifeblood of what we as professional athletes are able to do,” said Gary Player. “Without sponsors you’d have no golf tournaments, and no stage for the professionals to show their skills.

“I’ve been privileged to have incredible sponsors throughout my career. And even after my days on Tour, I’ve been blessed to work with such amazing sponsors as The Coca-Cola Company, BMW, Rolex, Callaway, UPS and Sun International in South Africa. They play a vital role in helping us to achieve our goal of raising money for The Player Foundation and underprivileged children, and our tournament beneficiaries Wings and Wishes and the Blair Atholl School.”

The late Ian Player once said of his younger brother, “Gary always went out of his way to assist every sponsor. For Gary it went far beyond the bottom line. It was his genuine appreciation for the sponsor’s willingness to further the game of golf.”

Player has always believed in his personal mantra that, “There is no substitute for personal contact,” and it continues to resonate with the blue-chip brands he works with.

BMW is another longstanding sponsor of the Gary Player Invitational, aligning itself with Player’s own professionalism and unrelenting drive for excellence in everything he does.

The Grand Slam champion’s tireless work ethic and global presence first caught the attention of Rolex in 1965, and they remain a loyal sponsor for a man who seems to defy how many minutes there are in a normal day.

For Player himself, the relationship between a sports star and his or her sponsors comes down to a simple philosophy.

“With the challenging global economic climate, personal contact between players and their sponsors will be the market differentiator,” said Marc Player, Tournament Founder and CEO of Black Knight International. “Who can offer a really personal experience? That’s going to dictate where a sponsor places their money.”

Golf’s biggest sponsors still have one name as the answer to that question.

Tweet
More in this category: « Discovery Walter Sisulu Soccer Challenge returns for the 17th edition. Several South Africans have been released from franchise contracts ahead of next year's IPL. »
back to top