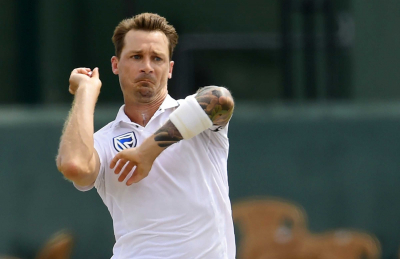 Proteas legend Dale Steyn, one of the greatest fastest bowlers in history, has announced his retirement from all cricket.

Now 38-years-old, Steyn is his country's all-time leading wicket-taker in Test cricket with 439 from his 93 caps.

Steyn took to social media to announce his retirement, saying: "Today, I officially retire from the game I love the most. Bittersweet but grateful."

"It's been 20 years of training, matches, travel, wins, losses, strapped feet, jet lag, joy, and brotherhood. There are too many memories to tell.

"Thank you to everyone, from family to teammates, journalists to fans, it's been an incredible journey together."

Steyn, who retired from Test cricket in 2019 with an eye on limited-overs formats, last played an international in February 2020 – a T20I against Australia – but has had constant run-ins with injuries over the last few years, especially after a career-threatening shoulder injury during South Africa’s tour of Australia in November 2016.

He was initially included in South Africa's squad for the 2019 ICC Cricket World Cup but had to pull out without playing a match due to a shoulder problem. He still had an eye on the ICC Men's T20 World Cup 2020, before that tournament was postponed due to the Covid-19 pandemic.

He played in T20 franchise leagues thereafter, including in the Pakistan Super League in March this year. He also pulled out of the IPL, but insisted he wasn't retiring. However, on Tuesday, he brought his career to a close, quoting lines from the Counting Crows song A Long December.

More in this category: « Osaka secures first-round win in return to U.S. Open while Murray loses to Tsitsipas. Ronaldo dedicates Manchester United return to Sir Alex Ferguson. »
back to top