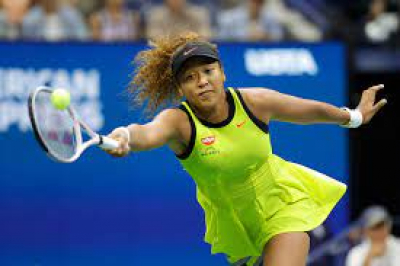 Naomi Osaka's defence of the US Open title continued with a walkover after Serb opponent Olga Danilovic pulled out of their second-round match.

About an hour before the pair were set to walk out on Arthur Ashe Stadium, organisers announced Danilovic, 20, had withdrawn for medical reasons.

Third seed Osaka will play Estonia's Kaia Kanepi or Canada's Leylah Fernandez in the third round on Friday.

The Japanese player, 23, is aiming for her third US Open title in four years.

It is her first Grand Slam event since pulling out of the French Open earlier this year, when the four-time major champion revealed she had "suffered long bouts of depression" since winning the 2018 US Open.

On Monday, she claimed a straight-set win against Czech opponent Marie Bouzkova in the first round.

Danilovic, who is mentored by her compatriot Novak Djokovic, said on Instagram she had been dealing with a "non-Covid related viral illness".

Day three at the US Open could be a disrupted one with heavy rain forecast in the New York area.

Men's second seed Daniil Medvedev is up against German Dominik Koepfer while third seed Stefanos Tsitsipas returns to the court after his epic first-round match against Andy Murray.

Britain’s Dan Evans faces American Marcos Giron, with the pair having met for the first time earlier this year in Australia. Evans won that encounter in straight sets and will be hopeful of a repeat.